Camping with Alpacas in The Netherlands

Did you know that camping with alpacas is a thing? If you want to try camping with other farm animals, that’s also possible! And it’s good for you! You can read all about it right here. 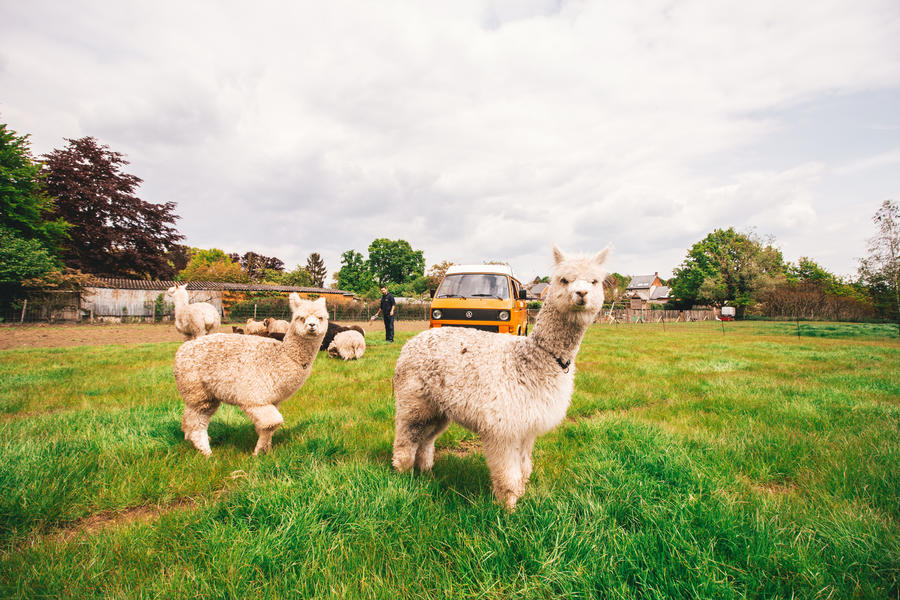 Maybe you have never heard of alpaca farm camping before. But some alpaca farms around the world actually give you the opportunity to camp right on the farm so you can go to sleep and wake up right next to the cute alpacas! What’s more soothing than that? There are also other farms that offer opportunities like this, so you can always escape to a farm whether that be for alpaca farm camping or farm camping with other animals.

The good news is that it doesn’t matter what kind of farm you choose, all farm camping is good for you! Just like being in nature has a calming effect on you, so do animals! Animals can actually help us humans feel more relaxed, happier, less lonely and more social! In fact, animals can help improve our physical and mental health! So get out and reconnect with some adorable and cute farm animals!

Want to try camping with other farm animals? No worries, we have plenty of options for you to choose between when you want to go farm camping!

Alpacas are often mistaken for llamas, which is understandable as they do belong to the same family. But alpacas are generally smaller than llamas and their faces look more ‘smooshed in’ compared to the llamas' longer faces. Where llamas were originally used to carry heavy loads, alpacas are much more delicate and were used for their luxurious and soft wool.

Llamas are probably most known for spitting. If you have ever been close to a llama you might have feared that it would spit you in the face. Alpacas can also spit, but both animals mostly spit at each other if they get annoyed. So don’t worry about being spit on! Alpacas are quiet, gentle and curious creatures, and if you want you will most likely be able to pet them! When camping with alpacas there are just two things to look out for:

Both species had their natural habitat in the Andes mountains in South America but today they only exist as domesticated animals but they have two undomesticated cousins that still roam the Andes region. Luckily you don’t need to go to South America to go camping with alpacas, you can try it much closer to home!