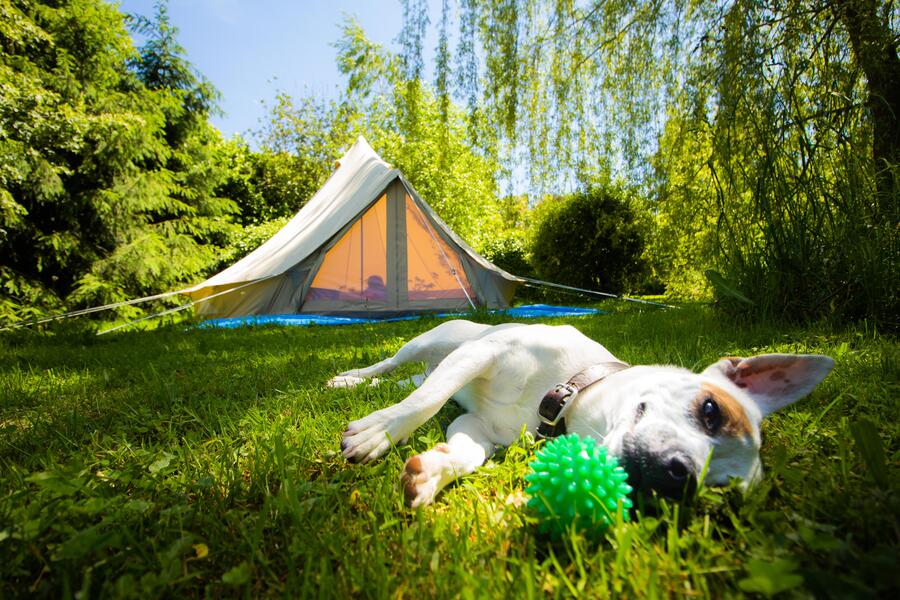 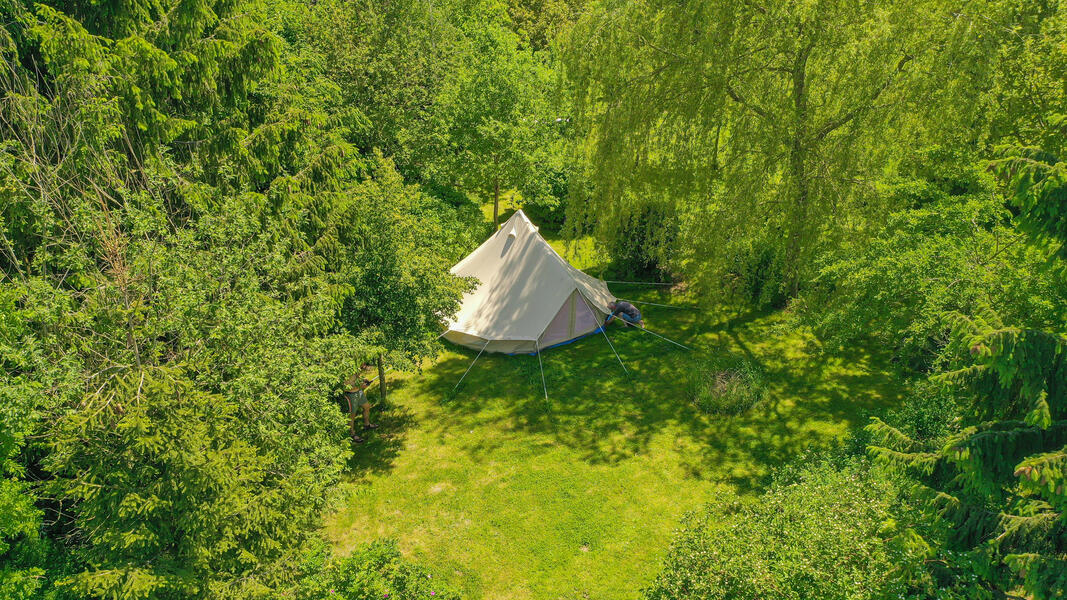 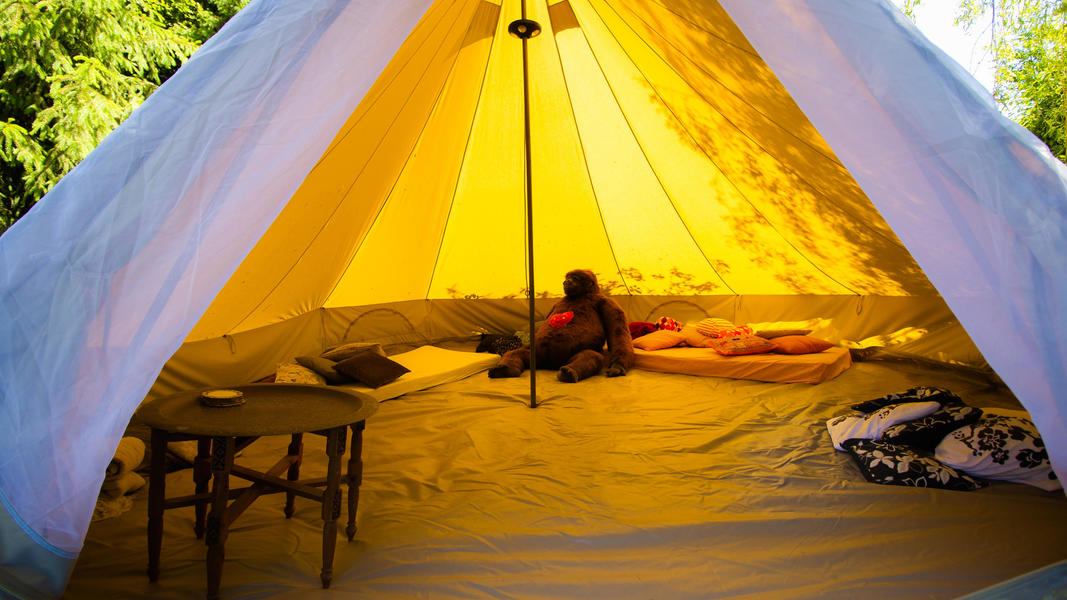 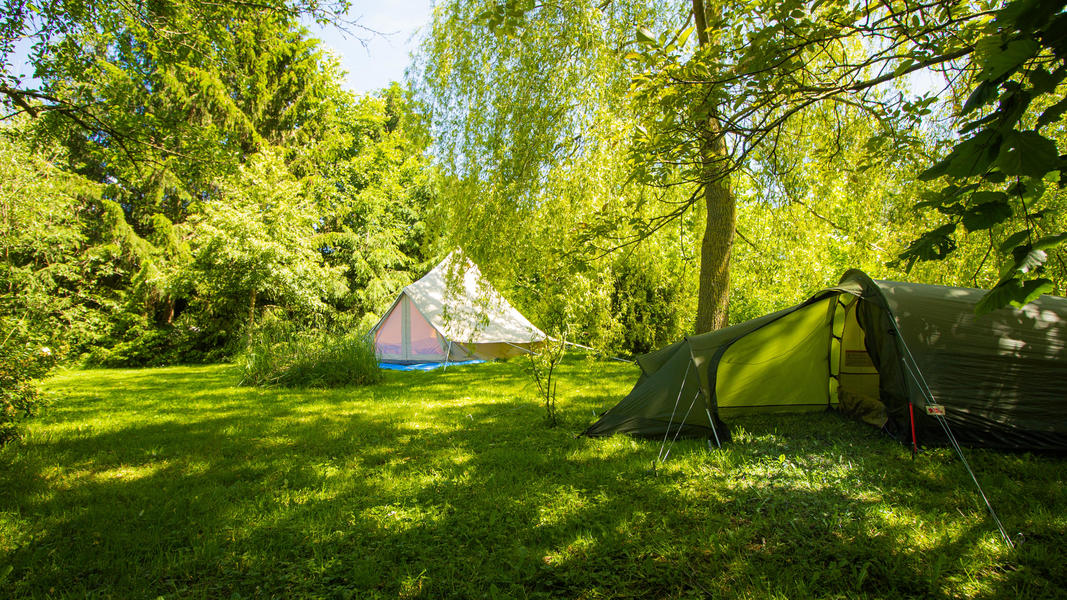 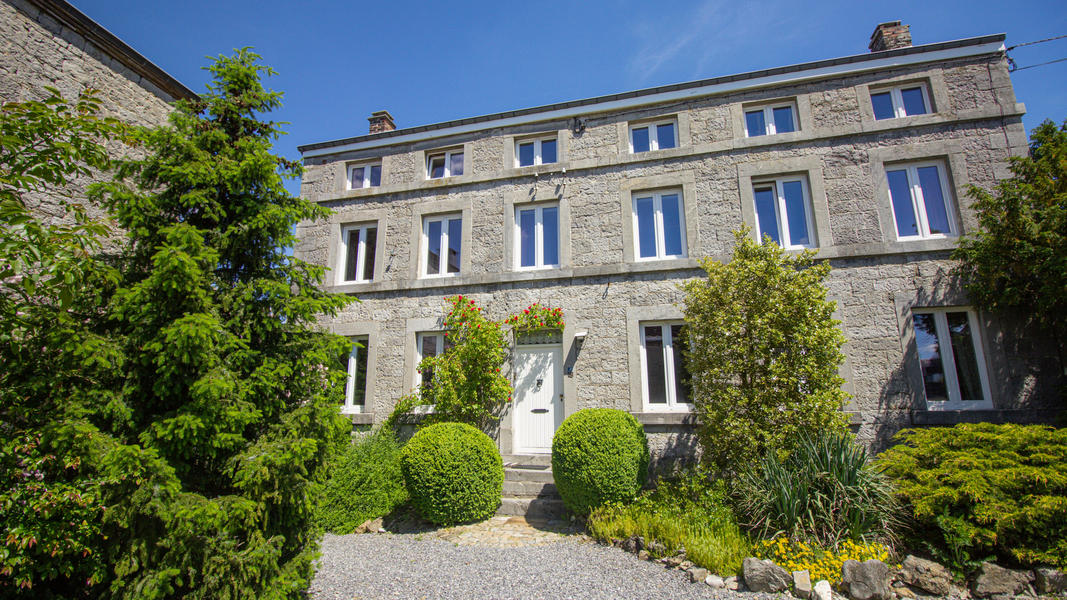 Our quiet Feng Shui orientated garden, situated South-West with beautiful scenery, welcomes you the whole year round. Part of the smallest city in the world 'Durbuy' and a stones throw away from Wéris, known as the 'Stone Henge' from mainland Europe. An incredible variety of activities to be enjoyed in the close area for all ages. Whether you are looking for an active holiday in the Belgian Ardennes including quad biking/canoeing/abseiling/mountain biking + more or just looking to chill out, you found it! Tranquil walks in the neighborhood or visiting the lovely village of La Roche-en-Ardenne with it's 'ghost' castle, the Hare-Krishna castle in Septon or the superb caves of Hotton, it's all there for you to be discovered. Enjoy the genuine hospitality offered by your Ardenne loving hosts and soak up everything this amazing area has to offer on your well-deserved vacation.

5 PEOPLE CAN SLEEP lN THlS TlPl. We provide a mattress for each. Would you like the mattresses with full bedding ? No probs ! We happily supply this service for only 10,- p.p. :-D

Since we're an international couple ourselves (English - Flemish) we love to meet as many people as possible from over the whole world :-)
We love sharing our dream living in the Ardennes by opening up our house (we rent rooms as well) and garden to you, your friends and family.
Hope to welcome you soon !
Love, Tony & Nadine

Unfortunately our trip not resulted as expected. Nadine and Tony were very helpful before arrival and told us what to bring and what not. When we arrived, Nadine showed us the tipi tent, which is a very nice and spacious tent, just as on the picture, but it was not located in the shadow as shown in the online picture, something that convinced us to book in the first place as we knew it would be hot! The tipi was located in full sun during the entire day, not possible to stay in when sun is out. We travelled with our two kids, from 5 and 3 years old, so were really looking for a place to be able to relax in the afternoon.

The garden is very big and has beautiful view, but close to the house there was a sewage odor which made us feel lucky that we had to where the mouth mask.

When you take a look at the online pictures you would think that the tipi is alone with a few tents of other guests, which seemed perfect for us in post-corona-lockdown-times. Unfortunately it was not…there where over 30 people using only one (!) WC and one (!) shower (is this even allowed legally?), which had to be desinfected by ourselves, which is OK, but we never saw the hosts desinfect it themselves and more profoundly than the guests would do…which made us feel unsafe.

The second last night our daughter got sick at night and we therefore decided to go home one day earlier than planned. We would have liked to be reimbursed for the last night as we paid € 90,00 for not using the tipi, which is already a high sum if you take into account the poor sanitary installation.

Conclusion: we would not go back and recommend Nadine and Tony to foresee more WC’s and showers for the number of guests that they are accepting. The garden is beautiful, but it would be so much better to have less guests (although this brings less money, which we think is of a big importance for Nadine and Tony). And if they will keep on accepting the amount of guests that they are accepting now, they should post some pictures, showing the garden full of tents and, even more important, pictures of the sanitary installation.

We would still like a response from Nadine or Tony about the reimbursement of the last night. We have not received anything yet, although our stay was from 04-07.08.2020, almost 14 days ago

Thank you so much for your remarks Eline, Alejandro, lovely children Bastian and Lenna (& doggy Balam)

You do have some good points !

Yes indeed, the tipi is not on the spot where it's shown on the picture in the listing, it has been moved to another place where there's a lot more space, a broad view over nature and the wonderful sunset, and extra space to have a large private terrace.
In full shade until about 14u - at the time that you were staying, meanwhile it's until about 15u - and with some nice shady spots right next to it the whole day where you spent your time with the children and doggy Berner Senner on the occasions when you were present.
I do agree we should adjust the pictures as also recommended by other guests who said everything was so much better in reality as it shows on the photo's
The unfortunate thing about the tipi's present location is that the shady spots are completely wind-free and of course with the temperatures at the time you were staying that didn't help...
That's why we suggested to go sit somewhere else in the large garden where you at least could have a bit of a breeze, but you said you prefered to stay where you were.
Which is your free choice of course :-)
Amazing how you knew it was going to be hot from 4-8 of august already on the 21st of July though !

Also we totally agree that 20 guests (not 30 and including you 4) for 1 WC and 1 shower as required by law isn't really comfortable enough.
That's why we already have extra WC's in the make, they should be ready soon (we hope :-p)
Luckily enough on your 2nd and 3rd night you were with only 14/15 people in total, including yourselves ;-)
But yes indeed, there were another 4 tents on the +4000m2 available

It is really unfortunate that Lenna (3jr) has been sick the night before your 1 day earlier departure (3 instead of 4 nights) as she had eaten something wrong - as you told us yourself...
Despite the fact that doesn't really have anything to do with us, we will gladly return you the money for the night you didn't stay in the tip, but it would have been nice if only you would have asked or suggested at the time ?
However, we're still willing to pay you back the full amount, no problem at all !
We'll arrange it with Campspace :-)

Oh and about the 'less-then-interesting' smell....
Yes, also there you are absolutely right !
Thank goodness our neighbours have found the problem and are now working to get it solved !
Must admit, it is 'a bit' of a .... heeuu... 'less interesting experience' isn't it 🙃

We do indeed ask our guests to help protect each other's health by helping to disinfect when the last one of the 'bubble' uses the sanitary :-)
Of course you didn't see us disinfect :thoroughly though - you weren't there... ;-)
Tony and/or I do this multiple times a day but of course not when there's people using the sanitary at that moment ; then we do it 'lightly' because we don't want to disturb their privacy or 'stop' anyone from going to the WC or shower.
Usually we do the thorough jobs during the day when everybody is out (including you), after 20u, before we go to bed at .round about 1u at night and than again as from 7 in the morning.
Guess you were a sleep at that time ?
Funny by the way and in that context how you forgot to mention the double boxsprings we put up especially for you, but I guess that's a detail ;-)

And last but not least...
We are sure you noticed during your stay we have got at least double the amount of space to host more camperguests in comparison with what we offer.
So if we would do it for the money... ?

All things said, we just want to share our garden and joy of life.
Really sorry we couldn't provide that for you.

Again, thanks for your feedback !
Nadine & Tony

The area is beautiful here! You can sleep here in a tent and even in a tippie tent! The dog of the host nadine is very sweet and called Sax! Nadine is a super sweet woman who has a lot of knowledge about the area and her beautiful house! Dont get lost in her garden because its a huge forest with a lot of wonderfull species tree and flowers

This Campspace has a really beautiful garden, with nature, privacy and coziness. It's clear that this host has a lot of experience with adventurous travelers. It's a spacious campsite close to the forest, with even some wildlife. This Campsite is situated in the middle of the Ardennes, so the nights are really dark, which leaves room for breathtaking starry skies. We ended the night with a campfire and a view to die for.

We thought it was a nice and relaxing weekend. Overall there was a very nice relaxed atmosphere. Tony and Nadine are very warm, sweet, and helpful people. Our stay there felt like coming home and after a few hours it was clear that we are going back there anyway! The location itself was also great. We were given the freedom to choose where we would like to pitch our tent and we really appreciated this! We chose the most wild part of the garden

We had a wonderful stay. The host was very friendly. Location was perfect for us; we don't have any additional tips. It can stay the way it is. We will come back for sure!

We have lot's of respect for everything and everybody, so please don't spread any waste and keep it a bit quiet after 10PM :-)
Campfires are allowed under controlled conditions
Please note that there will be NO refund for any cancellations made within 48 hours before arrival. We're sure you'll understand :-D