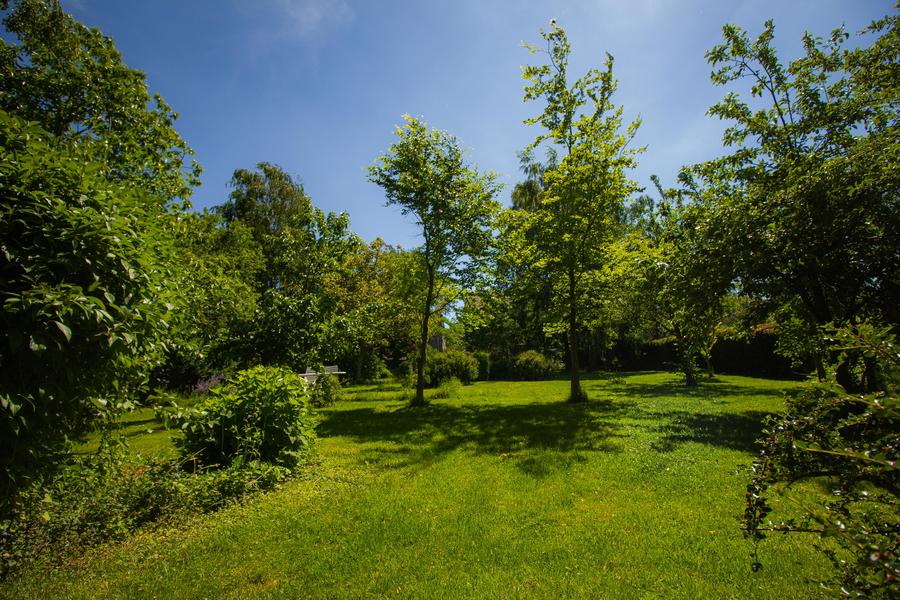 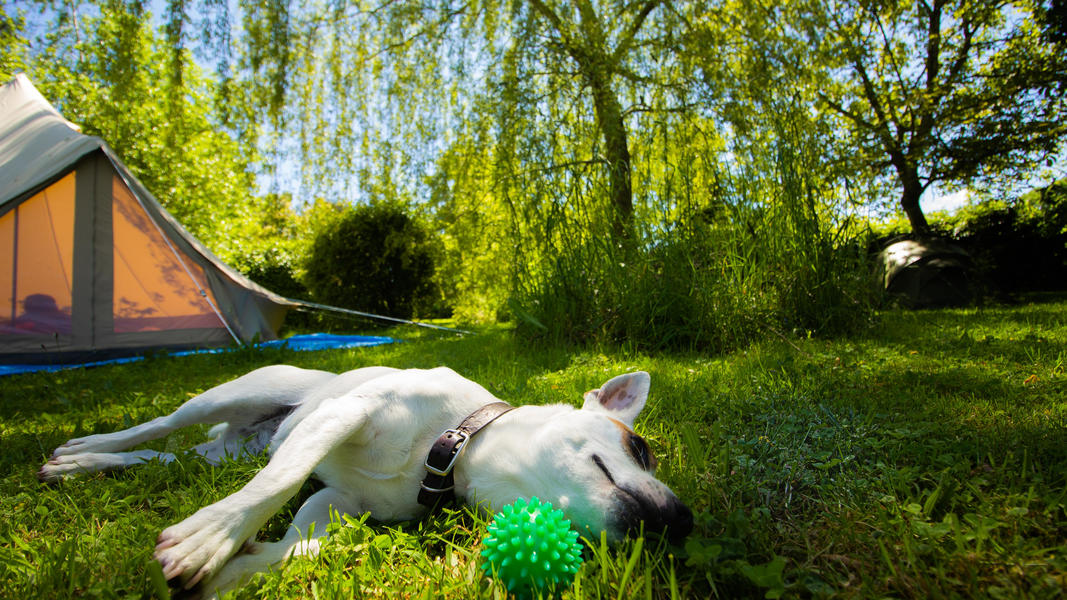 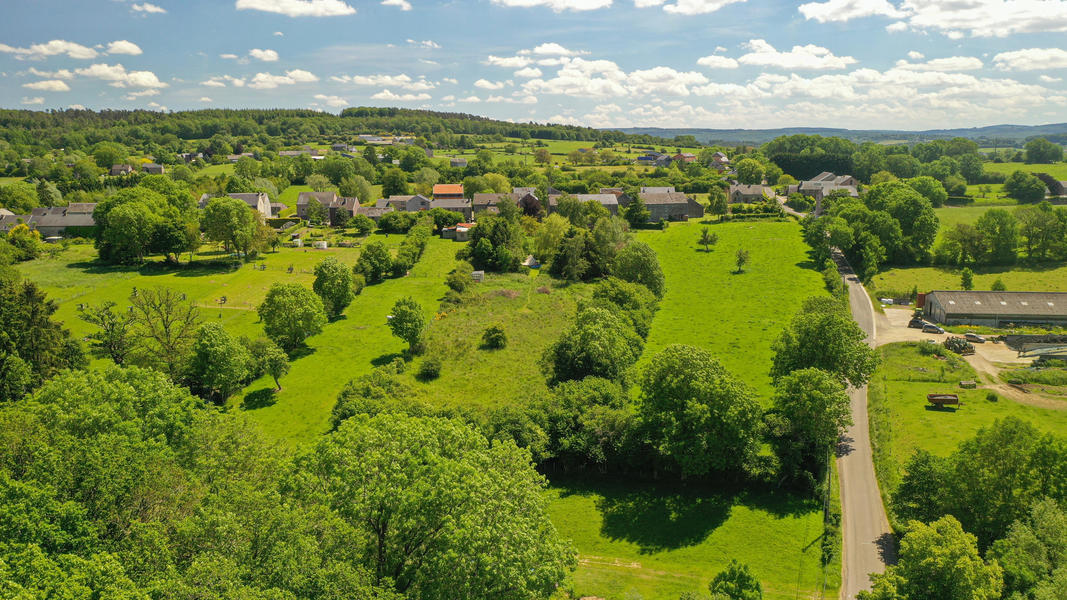 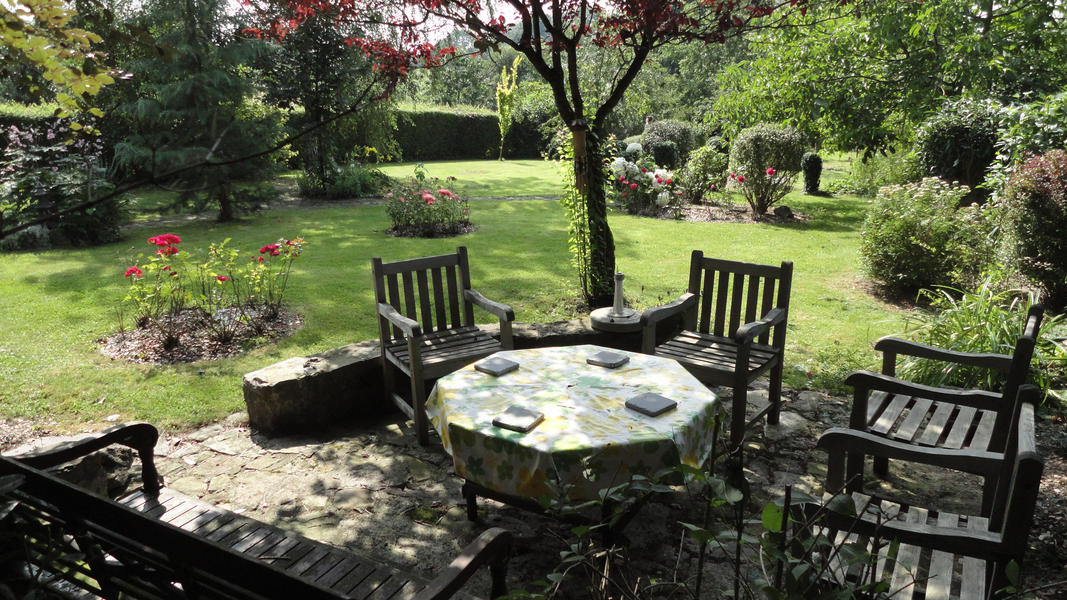 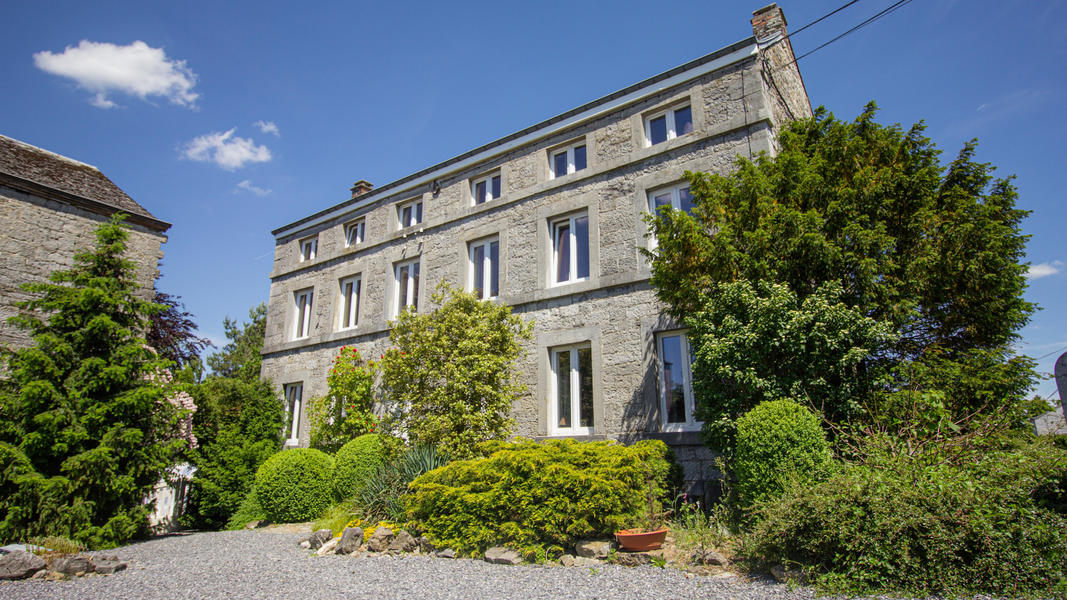 Our quiet Feng Shui orientated garden, situated South-West with beautiful scenery, welcomes you the whole year round. Part of the smallest city in the world 'Durbuy' and a stones throw away from Wéris, known as the 'Stone Henge' from mainland Europe. An incredible variety of activities to be enjoyed in the close area for all ages. Whether you are looking for an active holiday in the Belgian Ardennes including quad biking/canoeing/absailing/mountain biking + more or just looking to chill out, you found it ! Tranquil walks in the neighbourhood or visiting the lovely village of La Roche-en-Ardenne with it's 'gost' castle, the Hare-Krishna castle in Septon or the superb caves of Hotton, it's all there for you to be discovered. Enjoy the genuine hospitality offered by your Ardenne loving hosts and soak up everything this amazing area has to offer on your well deserved vacation.

Since we're an international couple ourselves (English - Flemish) we love to meet as many people as possible from over the whole world :-)
We love sharing our dream living in the Ardennes by opening up our house (we rent rooms as well) and garden to you, your friends and family.
Hope to welcome you soon !
Love, Tony & Nadine


A great location and super friendly hosts. A wonderful feeling of freedom in nature.


This Campspace has a really beautiful garden, with nature, privacy and coziness. It's clear that this host has a lot of experience with adventurous travelers. It's a spacious campsite close to the forest, with even some wildlife. This Campsite is situated in the middle of the Ardennes, so the nights are really dark, which leaves room for breathtaking starry skies. We ended the night with a campfire and a view to die for.


We thought it was a nice and relaxing weekend. Overall there was a very nice relaxed atmosphere. Tony and Nadine are very warm, sweet, and helpful people. Our stay there felt like coming home and after a few hours it was clear that we are going back there anyway! The location itself was also great. We were given the freedom to choose where we would like to pitch our tent and we really appreciated this! We chose the most wild part of the garden.


I’d like to take a moment to write a review because we were a little disappointed after our first experience with Campspace. Often the location of regular campsites in the Ardennes is less beautiful and the pitches are close together so that you experience less privacy and tranquillity in the season. We therefore used Campspace for our last camping trip because we were mainly looking for peace, space, and nature. There is little to criticise on the site itself, it is beautifully situated and the garden itself offers a beautiful natural environment. The pictures on the hosts page also faithfully reflect this. What disappointed us, however, was the large crowds on this Campspace. I have to admit I only saw afterwards on the hosts page that up to 14 people are allowed to camp. However, when we arrived it was busier than that. I definitely estimate more than 20 people including one large group. In addition, there are also guests of the B&B rooms that are rented out and who also use the terrace which is located in the garden. I thought beforehand that it was a small-scale place with private individuals, as I had also conceived the concept of Campspace. So this was not the case, and a disappointment for us as this is not clear based on the hosts page. I realise that last weekend was probably exceptionally busy in the Ardennes (extended weekend in Belgium, nice weather forecasts, a lot of domestic tourism by Corona), but it was just this busyness that we wanted to avoid by using Campspace. Additional disappointment: there was a large gang present with the guests who were talking loudly around a campfire until after midnight, in the evening also with amplified music from a bluetooth box. On the page of the hosts it was stated that people are asked to respect the rest after 10 pm, but this was not maintained. Obviously we have nothing against people who have fun around a campfire and drink a beer, but I do not think large groups fit in with the concept of Campspace as we understood it. So it was difficult to sleep, luckily we had earplugs. The large crowds also meant that the plumbing in our opinion was not sufficient. There is only 1 toilet, 1 shower and 1 sink. The sanitary was very primitive, but fortunately clean. We would have appreciated if we could have seen some pictures of the sanitary on the hosts page beforehand, and if there was more detailed information about the sanitary.

We also had to pay extra for the purchase of electricity, but this was not indicated in advance. It could be a tip that this information is also clearly indicated on the page of the landlord so that you know what to expect. Moreover, the installation used seemed to me not really in terms of safety. There were several people who took electricity from 1 contact from which extension cables were linked several times).

I just want to say that all this together made this Campspace more like a 'regular' mini-camping for us, but without the facilities (sufficient sanitary facilities, connections for electricity, ...) that you have on a regular for the same price.

We are willing to pay a fair price for a "Campspace", but the rental price requested here was in line with what you would pay at a regular campsite, so you expect some value for money.

The hosts themselves were friendly and helpful. However, because of the above, we could not get rid of the impression that it had a commercial approach rather than really wanting to offer a nice and quiet place in nature.

Finally, I think we must have been in the same place, just with a few other "rest seekers", that this would have been a completely different experience.

I will certainly not write off Campspace, but next time I will make sure that we are much better informed about what we can expect from the place!

Thank you for your extensive review, we always learn from that and it’s greatly appreciated :) It would have helped us even more if you had shared your experiences on site. Then we could have assisted you immediately where necessary and possible :)

It was indeed an exceptionally busy weekend and you are absolutely right that this had to do with the predicted beautiful weather on one hand (which fortunately turned out to be true) and on the other hand people are now looking for nature instead of staying indoors because of Corona, also true! A few remarks about some of the other subjects mentioned…

The ‘large group’ you referred to and who camped with you for one night were a total of 7 people. They did indeed play music in the early evening – as you mention – but they did adhere to the ‘house rules’ to keep it quiet from 10pm, we checked. We also had a conversation about this the next day in which we – also with other campers – complained about the unnecessary noise from the camps of the youth movements in the area…

Tony drives there almost daily to ask to keep it more quiet, you were aware of that. And it was indeed lucky that you brought earplugs, but sorry, that is really not our fault. In the meantime, we have informed the organization of these particular youth groups about the inconvenience, as communicated to both you and your fellow campers…

About the electricity…True this was not compliant at all, it was ‘built’ by the group of 7. Normally it is not possible to get electricity to the tent, this was an exception that you were lucky enough to take advantage of. That is the reason this is not indicated in our listing. That said, it is our – not basic – extra electricity for which we charged you a minimum amount of 5€ for 2 nights/3 days…the rest paid 5€ per night/day. Photos of the sanitary are a great tip, we will take care of it! But trust us, we are not a ‘regular’ campsite, nor do we charge the same prices, on the contrary!

And last but not least and personally…we are very happy that you appreciate us as hosts, but we regret that you think that we opened up our garden with a ‘commercial approach’. If that were the case, we would have operated a ‘real’ campsite…;D


Maison Sax is a wonderful place in the middle of nature! We had booked 2 nights and booked 3 additional nights. Because what else could we wish for?! The garden is beautiful, there are several beautiful tent spots. Cosy with a few other campers but still very quiet. Tony and Nadine are wonderfully sweet and hospitable. In the sanitary building there is also a refrigerator you can use, nice. Recommended!

We have lot's of respect for everything and everybody, so please don't spread any waste (that includes the 'poupies' from your doggy :-p) and keep it a bit quiet after 10PM :-)
Campfires are allowed under controlled conditions
Please note that there will be NO refund for any cancellations made within 48 hours before arrival. We're sure you'll understand :-D