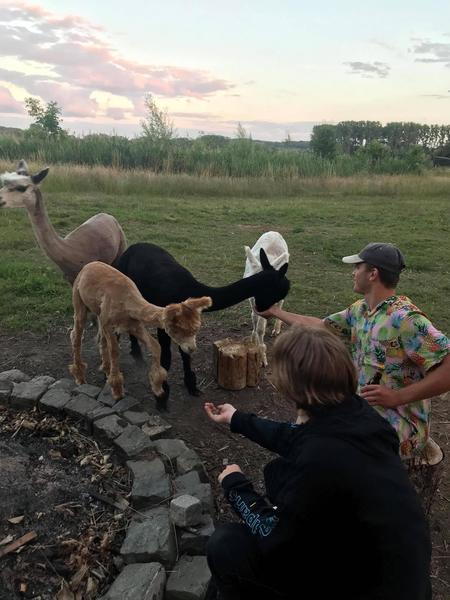 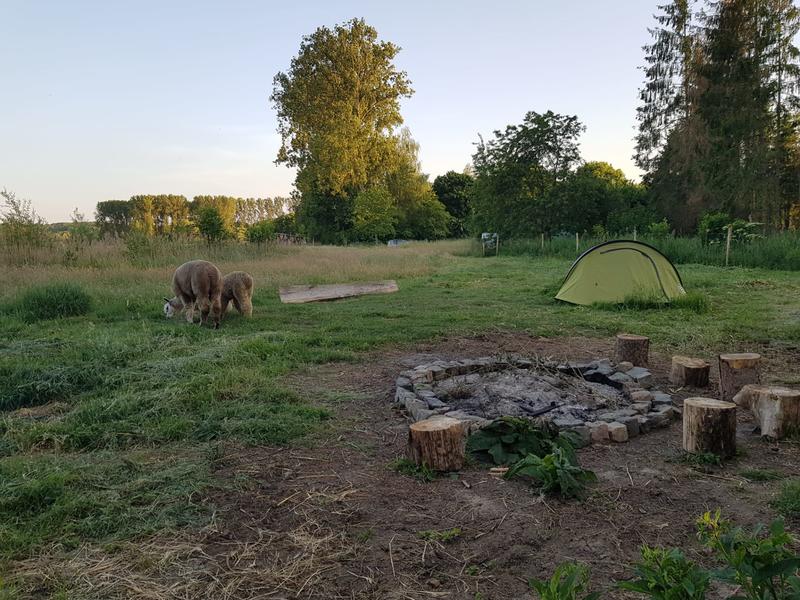 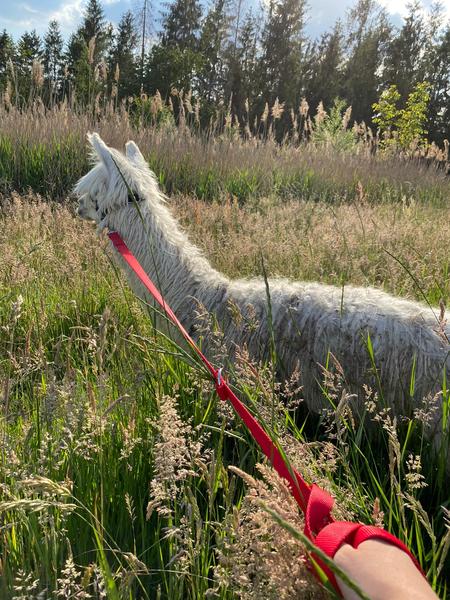 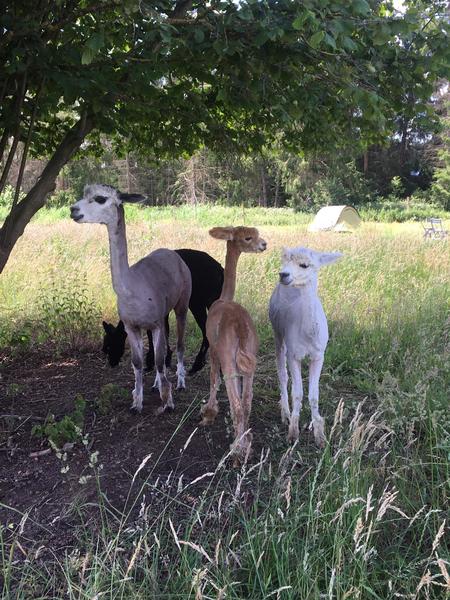 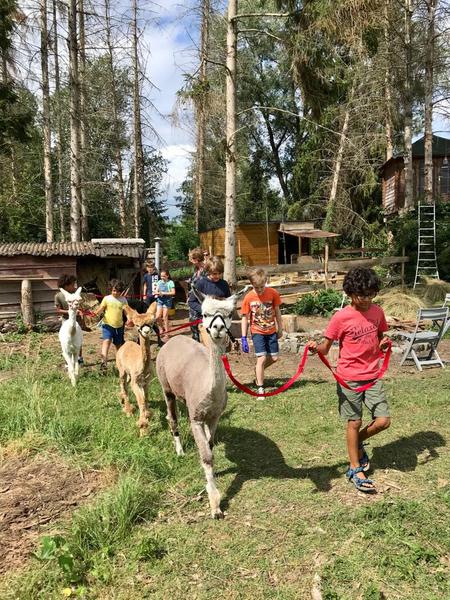 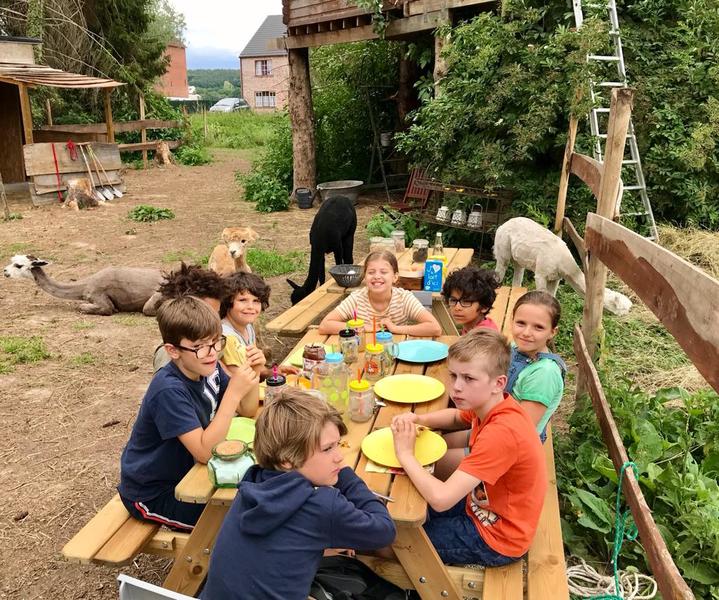 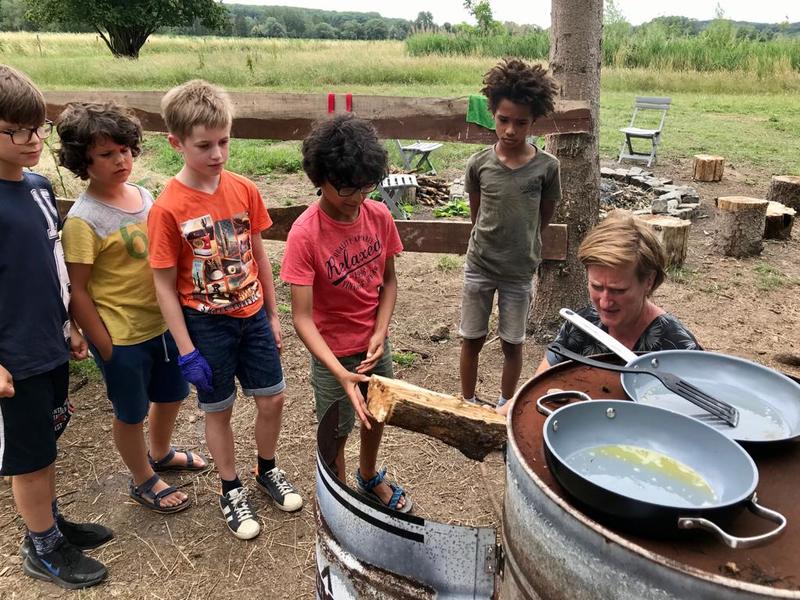 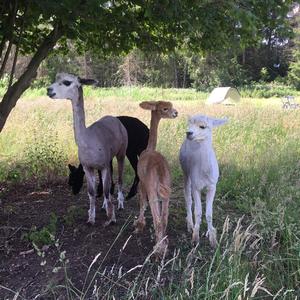 Do you want to explore Leuven, but prefer to stay in nature? Or do you just want to get away from it all? Do you like to find peace with your children? Or whatever ... You are more than welcome on our meadow. The surroundings are beautiful and it is just blissful to fall asleep in the evening or wake up in the morning with alpacas grazing around you. Moreover, you can easily get here by train! For example, if you take the train from Leuven to Pécrot, you will be there in ten minutes. Brussels is also not far, in less than an hour you are there. The meadow where you can set up your tent is 1 kilometer from the station. So simple. If you come by car, you can also easily park it.
But you don't have to go far away, Sint-Agatha-Rode is beautifully situated in the Dijle valley with several nature reserves nearby where it is wonderful to walk. I would like to give you tips on this. Hiking points, but also cycling junctions can be found here.
What can you expect as a camper, in addition to the beautiful nature and calming alpacas, at our place? Here you come camping under the motto back to nature, so don't expect luxury. You can prepare food on a gas fire, wood fire or you can grill on a campfire. Rainwater is available, so you can also freshen up. There is a shower bag with water. I would also like to give you access to our own sanitary facilities (we live nearby), should you need it. By the way, I hope to have the connection to running water in order soon. There is also a tent with a camping toilet. I am offering my camping pitch for the first time, so I have no idea how many reservations will come in, but if it turns out to be okay, I will consider renting an eco-toilet.
Finally, I would like to point out that alpacas are curious, but also very sensitive animals. It is therefore the intention to keep it quiet on the meadow. Playing and not too loud music is of course possible, but running after the animals is out of the question. I would like to show you how you can feed them and possibly pet them. Would you like to take it for a walk? Then you can!

An unruly mutt, a pair of white mice with pink tails and a tortoise that crawled into the ground with the first wind… those are the pets I hardly remember, but they cheered up my childhood years. After that, guinea pigs galore followed, my mother told me to choose the fattest one, which would be the healthiest, but after a few days we immediately had about five. And those creatures liked to see each other because there were many, many, so many that I handed them out at the school gate in kindergarten. Our Krulleke, as the name says, had curly hair, it was a small black poodle. Then I must have been about 8 years old, a sweetheart! No, not such a cut-to-shape model, rather one with a wilder look, but so soft on the inside, he was no less than eighteen years old. Goldfish, parakeets, canaries, chickens, hamsters, turkeys, turtles. The latter went with them, they stood in a children's pool on the stove and got steak and became gigantic. And in my room, or rather in the room of a friend, I met my husband Danny and he gave me, besides my two beautiful children, the best gift ever: Marie, a beautiful Dalmatian. With him we made endless walks around the Abbey of the Park, Heverlee and after a few years moved with us to Sint-Agatha-Rode. He was good friends with our blue parakeet who came flying to take a shower as soon as you opened the tap. The latter also picked up the leftovers of the children from their high chair. Two Flemish giants, the rabbits that is to say, were also given complete freedom here. They ran loose in the garden and went to sleep in the garage at night. The dog and rabbits often sent into the garden together, side by side. Chickens, always had. A lovebird has also flown around here. Not only in the house, also around the house and he kept coming back. He was my husband's best friend. When Marie died, a new dog, Louka, arrived soon after, now an eight-year-old dachshund.
In short, a small introduction, a bit big, to say that I love animals. As a child I dreamed of becoming a farmer, the farmer at the end of the street where I lived as a child taught me and my best friend to milk cows one day. I also never forget that we were allowed to pitch our tent with her during the summer holidays and camp on the farm. I always sat outside, preferably in nature: watching insects in meadows, climbing trees in bushes, rescuing tadpoles on wasteland, swimming in ponds, ... And to be honest, this was sometimes to the annoyance of my mother… Why didn't I want to do puzzles or play board games or read a book with my sister? (Late apologies to my sister, sorry, Inneke.) I did not become a farmer, a vet, which I also thought about for a long time, in the end not either. I studied languages (Dutch, French, Spanish) and obtained a pedagogical diploma. All my life I have been teaching with heart and soul. And then I got sick and thought, thought a lot. I am over 50, what would I still like to achieve. Nothing big, nothing special, nothing shocking ... But my decision was made, I wanted more nature and animals back into my life. Moreover, my children are now independent, Michiel is 20 and Anne-Lore will continue studying next year. They no longer need my daily care. And I signed up for a basic alpaca keeping course.
And then the ball started rolling. How nice it would be to be able to keep those animals for yourself. I regularly drove to Gingelom, where I followed the basic course, to learn more about the animals and to organize walks with them. How calming those animals are! I would like to pass on that peace to the campers on the meadow. Welcome!

- Dogs are unfortunately not welcome, the alpacas would experience too much stress when an unprecedented dog comes to them.
- The alpacas will often move around you, they are curious animals and especially want to know if you have anything to eat. You can only feed them at fixed times, in my presence.
- Respect these sensitive animals, give them rest and do not chase them. When you are calm with them, they will come to you more often and you can enjoy them more.
- Music is possible, but you shouldn't disturb anyone.