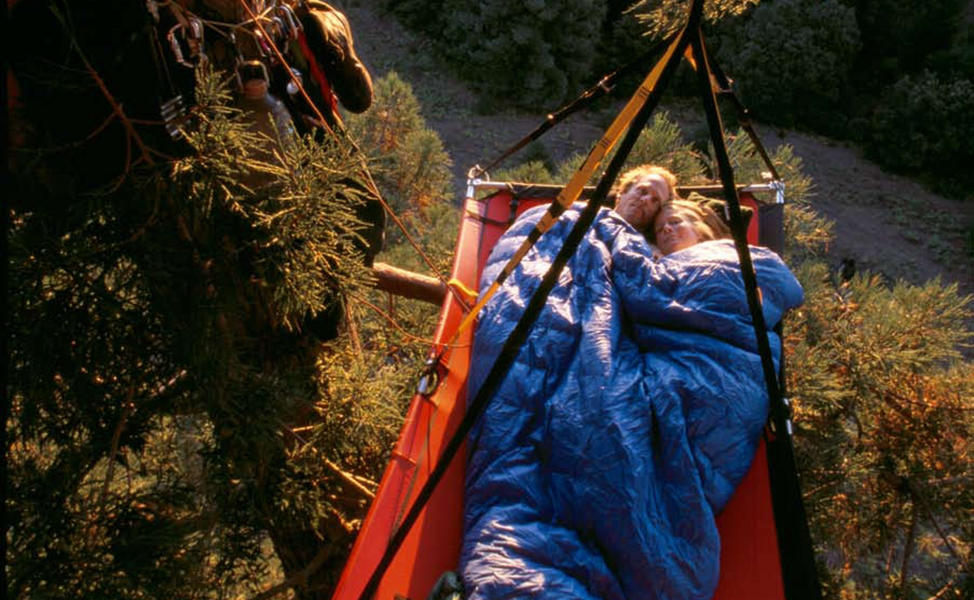 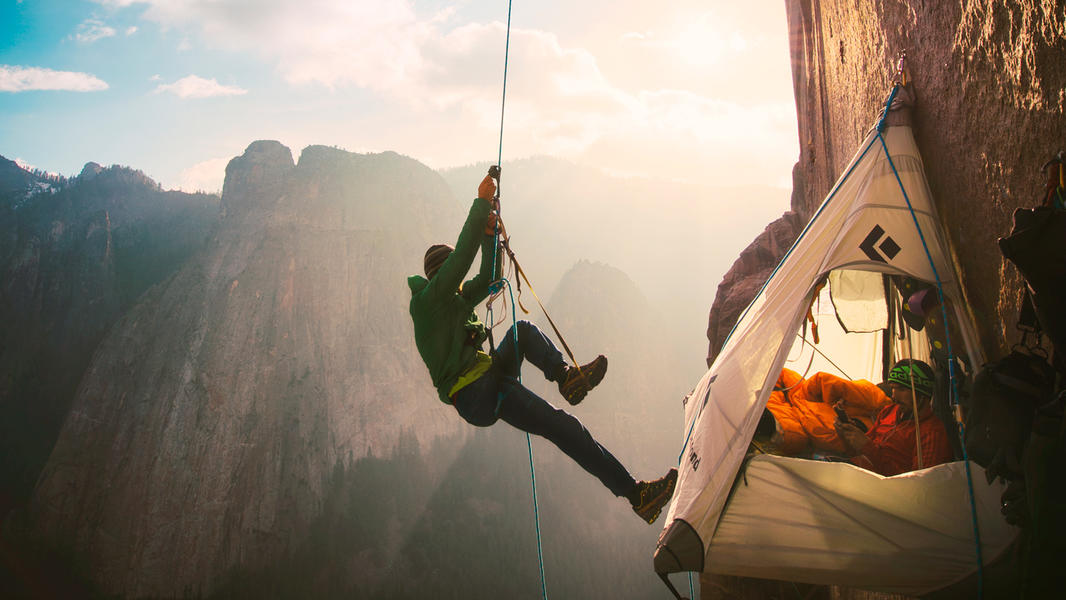 Camping in the Sky

On the western edge of Slovenia, in the area where your skin will be caressed gently by soft Mediterranean winds mixed with fresh Alpine winds, you will find the valley of the emerald River So?a. It is surrounded by the high peaks of the Julian Alps and its high vertical rock cliffs. You can find smaller rocks also in the So?a Valley, right next to the one of the most beautiful rivers in Europe, the So?a.
We want to take you to an unforgettable experience in the style of the best climbers of the legendary Yosemite Cliffs. Come with us to spend a night on a sheer rock in the wilderness of nature, disturbed only by the sounds of the river. Experienced and licensed guides and mountain rescuers will take care of you so that you will be in safe hands. We cannot guarantee you much sleep, but we can guarantee you lots of adrenaline and a night to remember. You will hear the sounds of the night, birds tweeting in the early morning and other sounds that we do not even notice in the rush of life. You will sleep in a very special location, absorbing the atmosphere of the past. Just beneath the rock where you sleep, was an ancient settlement from the Bronze Age that was situated by the trading path, used already more than 3000 years ago, connecting Roman and German areas and throughout history witnessing the stamping of horses hooves of the Celtic Cavalry and then Roman Legions until, finally in the last century, it was covered in the blood of the First World War and then German and Allied troops and tanks passed by. It was on a nearby meadow where troops of 88th Infantry Division waited on General Eisenhower to consult the local population on where the fair border between the German, Roman and Slavic worlds should be.
After such turbulent times it is now again enjoying the peace in which you will participate. While the sunlight will slowly fade you will enjoy the game of colours on the majestic sheer rock of Krn Mountain, a symbolic mountain rising above the historic city of Kobarid (Caporetto), which was also described by Nobel prize winning author Ernest Hemingway in the novel A Farewell to Arms. It will all be repeated in the morning when the sun will rise again. After such an unforgettable night there will be just enough time for an adrenaline descent over the 100m high overhanging sheer rock and then crossing the river Nadia and back to the »real« world, taking with you only the unique memories and sounds that only you witnessed

Up to 95% CO2 reduction if you book a campspace adventure.